When you're diagnosed with cancer, it's hard to find the time or energy to think about anything other than treating the cancer. Dry July raises money to ease that burden, reduce stress and add a bit of comfort for those affected by cancer.

Everything we fund is to benefit the cancer patient and their families and carers. We aim to make a difficult time, a little easier for those affected by cancer. 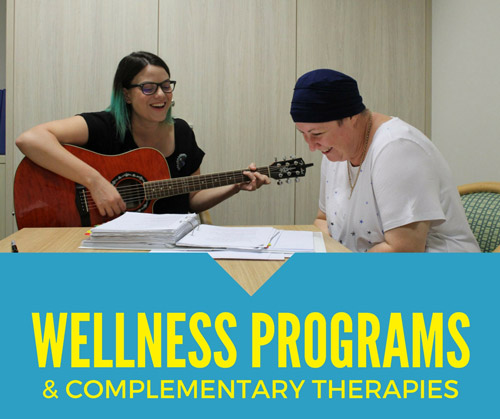 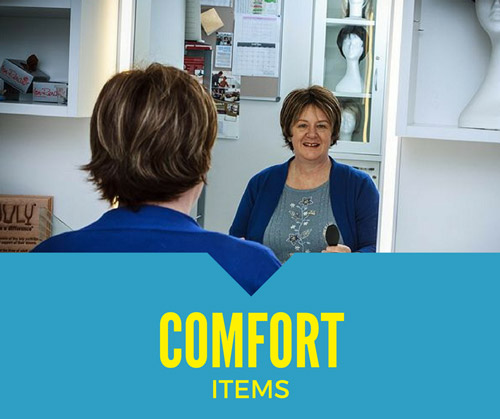 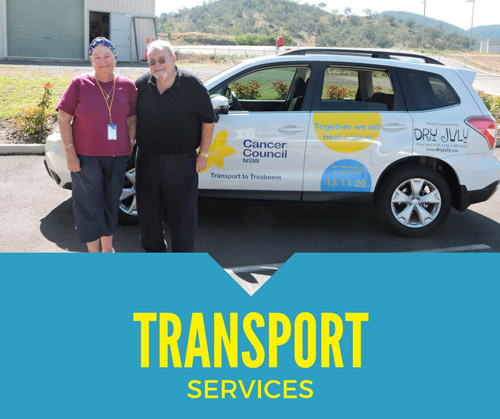 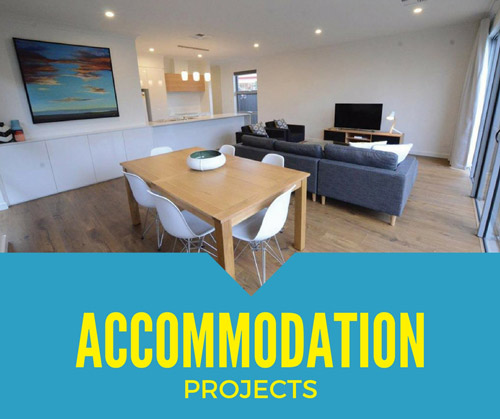 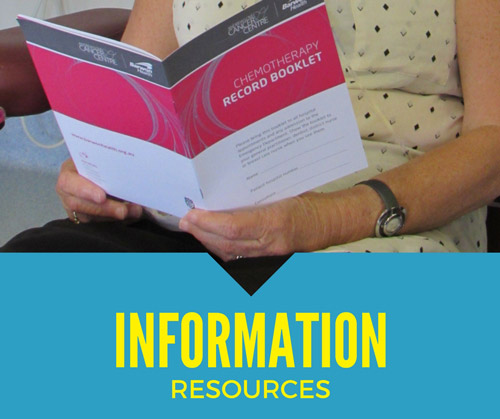 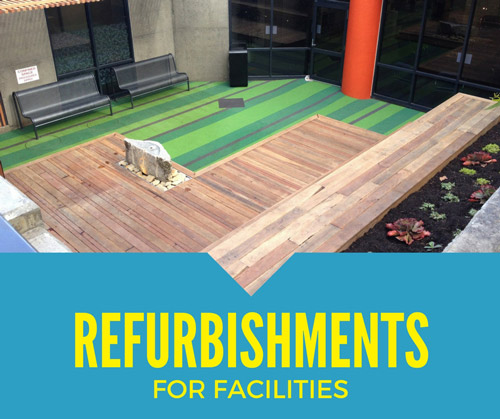 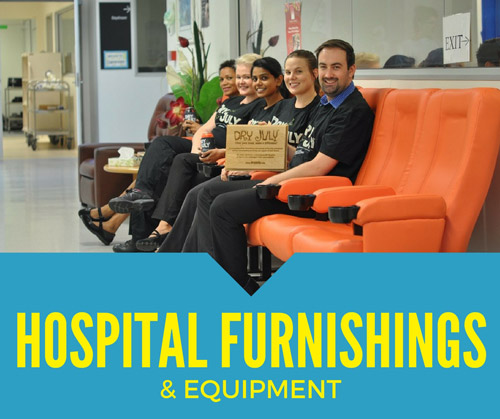 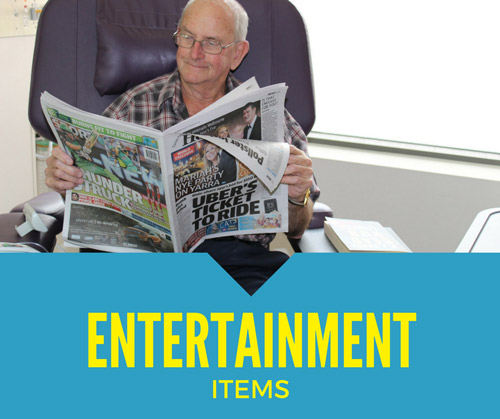 By participating and raising funds for Dry July, you will be helping fund Prost-FIT classes in eleven different locations, as well as new and upcoming locations across New Zealand

Prost-FIT is a fun exercise class designed specifically for men living with prostate cancer including those recently diagnosed, those receiving treatment, and survivors living with aftereffects from their cancer treatment.

There are a number of benefits that exercise can bring for prostate cancer patients – including reduced fatigue, lowered risk of osteoporosis, increased strength and aerobic fitness. Not only do these classes have physical health benefits, they also support mental health through mindful meditation and the provision of time out to connect with...

By participating in Dry July and raising funds, you will be helping people like John access Pinc & Steel New Zealand's incredible community programs like Paddle On

When John was diagnosed with Prostate Cancer, there were no other indicators besides frequently needing to go to the toilet. After surgery and a prostatectomy, they realised that John’s cancer had gone beyond the prostate.

After having to go on a hormone treatment, John was aware that one of the side effects was the depletion of your upper body strength.

After having an initial assessment with one of Pinc & Steel’s physiotherapists, John quickly got involved with Paddle On – a stand up paddle rehabilitation program, for men and woman recovering from all types of cancer.

“Gradually with the support of the physiotherapists and the instructors, I started to discover what I could do - gaining strength, confidence and balance”.

By signing up and raising funds for Dry July, you will be helping to support the care and wellbeing of people like Hope

40-year old mother of two, Hope, was a fit and healthy woman when she found out she had Bowel Cancer. Initially, doctors had said Hope was “too healthy” and “too young” when she first noticed the bleeding.

Hope soon found out that there’s no such thing as “too young” or “too healthy” when it comes to bowel cancer. Living in pain as her symptoms worsened over time, Hope was eventually diagnosed with bowel cancer at the Charity Hospital in Christchurch.

Not long after, Hope and her aunt joined Bowel Cancer New Zealand's online support network - with their first visit to the online forum having a significant impact.

“As I read the stories and comments, I immediately started feeling less alone. I’d go to the support group and hear the...

Thanks to Dry July, Look Good Feel Better NZ was able to extend the practical advice and tips it offers to its participants

In April we launched 3 new online classes: Managing Hair Loss & Regrowth, Brow Focus and Hand & Nailcare. These classes add to our existing online programme, where we encourage our participants to access as many classes as they wish, whenever they need the advice. They can still attend their local community class too!

We are fortunate to have Grant Betjemann, a professional hairdresser, who has experience helping some of his clients manage the often emotional and traumatic process of losing their hair due to treatment. His is supported by Cheryl, who has experienced hair loss so can share her personal experience and tips during the class.

These classes have proved popular and are helping any one, diagnosed with any cancer, at any...

Participant to Speaker to Facilitator!

These classes are run every month for any man at any stage of their diagnosis. Men are encouraged to join as many classes as they wish to.

These classes include an inspirational guest speaker which the guys can “chew the fat with” and receive some “take away” of value they can use in their life. We are fortunate to have had a great line up of speakers including Dr John Mayhew, Lance Burdett and Jake Bailey.

Paul is an advocate for improving lives of people with cancer and from his own personal need to...

By signing up to Dry July and raising funds, you’ll be helping people like Doug access fitness classes, designed for men affected by prostate cancer.

Four years ago, Doug, a retired engineer and diabetic, was getting his regular three-monthly blood tests, where they noticed some irregular results. He was quickly referred to a specialist where they performed a biopsy and discovered that Doug had prostate cancer.

After having gone through various treatments, Doug noticed several side effects, including hot flushes and a reduction in muscle strength, where he was struggling to bend down.

This is when Doug got involved with Prost-FIT classes, a weekly fitness class run by specially trained exercise professionals and designed specifically for men living with prostate cancer. Doug is now attending two classes a week, one based on boxing and the other Tai Chi.

“I have noticed a big difference...

By participating in Dry July and raising funds, you're helping people like Helen gain access to incredible cancer rehabilitation programs.

When Helen was diagnosed with breast cancer, she soon after endured chemotherapy, breast surgery and radiation. After this, despite receiving the official ‘all clear,’ Helen was left feeling very far from it.

After feeling as though she was spiraling, the fatigue became too much and Helen had to quit her job.

This is when Helen reached out to Pinc & Steel and soon got involved in the PaddleOn and Next Steps program, where she took up stand-up paddle boarding and pilates, shortly transforming her life and helping her back on the road to recovery.

"It changed my life, I was in a really bad place. It picked me up, gave me focus and made me feel back in control again and just put me in a really good place and surrounded me with really...

Funds raised by Dry July will help people like Wayne access support when they need it most.

43 year old, Wayne loved going to sports practice, kicking a ball with his boys and right up until his diagnosis, he was heavily involved in surf life saving.

Concerned after finding blood in his stool, Wayne Fa’asega headed off to the doctors. His GP wasn’t dismissive about the possibility of bowel cancer but felt that the then 43-year-old was too young. Nonetheless, he put Wayne into the public health system.

After being diagnosed with Bowel Cancer, Wayne was encouraged to join Bowel Cancer New Zealand's online support group, “Everyone is there to support each other,” he enthuses. “It’s directly aimed at people with bowel cancer and all the various stages, be it stage one, two, three, stage four if it's spread around.”

This year, the funds you raise for Dry July will help people face cancer with confidence. Look Good Feel Better's community workshops have helped people like Stephanie feel like herself again.

After Stephanie's breast cancer diagnosis, the first thing she thought of was her daughters.

“You’ve got to be open with kids, they're smarter than you think. You can't guarantee anything in life, you can only prepare them well,” Stephanie says.

“I remember telling Hannah, ‘ Mummy's breast isn't well’ and, and she said ‘Awh, Mummy have you got breast cancer?’ I was shocked that she actually knew the word. She was asking if I am going to die.”

Stephanie explained that she would need to have medicine to make it better. But that would mean she would...