Concerned after the appearance of blood in his stool, Dunedin Architectural Designer Wayne Fa’asega headed off to the doctors.

His GP wasn’t dismissive about the possibility of bowel cancer but felt that the then 43-year-old was too young. Nonetheless, he put Wayne into the public health system.

An appointment for a colonoscopy would shortly follow. “I was sitting up after having the procedure, and the colonoscopist was like, “everything is pretty good, but THAT shouldn’t be there,” Wayne recalls.

He was put into a waiting room, and a phone call made to his wife Stephanie, who was out driving with the youngest of their three children in the car. She arrived a short time later. 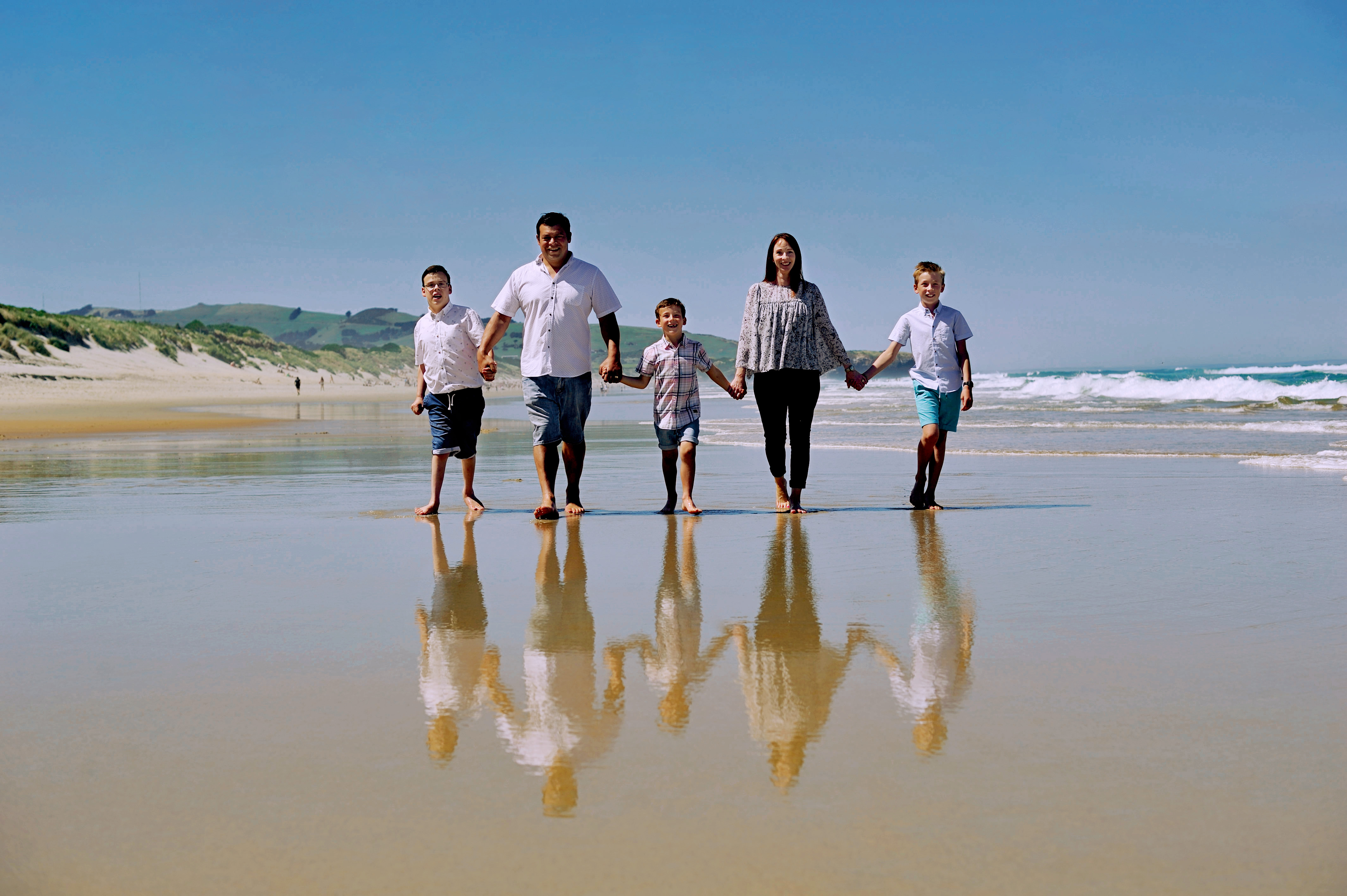 Wayne recalls when Steph and their then 6yr old arrived. “Steph hadn't really pieced together the reason for her to be called upstairs until the oncology nurse took us aside and asked if we would like our son to go to a separate room for a hot chocolate, giving us some privacy”.

He went through the usual thoughts after being told he had bowel cancer – “what's happening here, why me, what am I in for” - but quickly shifted to a different outlook. “I was like, “oh well, we’ll deal with this in due course”,” he says.

“I’ll go see the doctors, and they’ll give me some drugs and cut out the bits I don’t need.

“Even at that stage, it was never a given that it was going to be... the last call, shall we say.”

That night around the dinner table, Wayne and Stephanie told their three sons of the diagnosis, preferring immediacy to waiting until “Dad was feeling bad and can’t do anything.”

The Fa’asega’s knew their children would notice a difference. That’s because Dad/Wayne also suffers from an extreme case of FOMO – Fear of Missing Out. He loves going to sports practices, running around or kicking a ball with his boys and right up until the diagnosis, he was heavily involved in surf life-saving, competing in open and masters' events.

At this point, Wayne made contact with Bowel Cancer New Zealand and was encouraged to join their online support group. It didn’t take him long to reap the benefits of this forum.

“Everyone is there to support each other,” he enthuses. "It’s directly aimed at people with bowel cancer and all the various stages, be it stage one, two, three, stage four if it's spread around.”

He then pauses. "To be fair, that’s something I’ve never figured out, whether I’m stage three or four,” he says with a bit of chuckle.

“I’m assuming I’m four given it spread to my liver, and I’ve had half that out.” 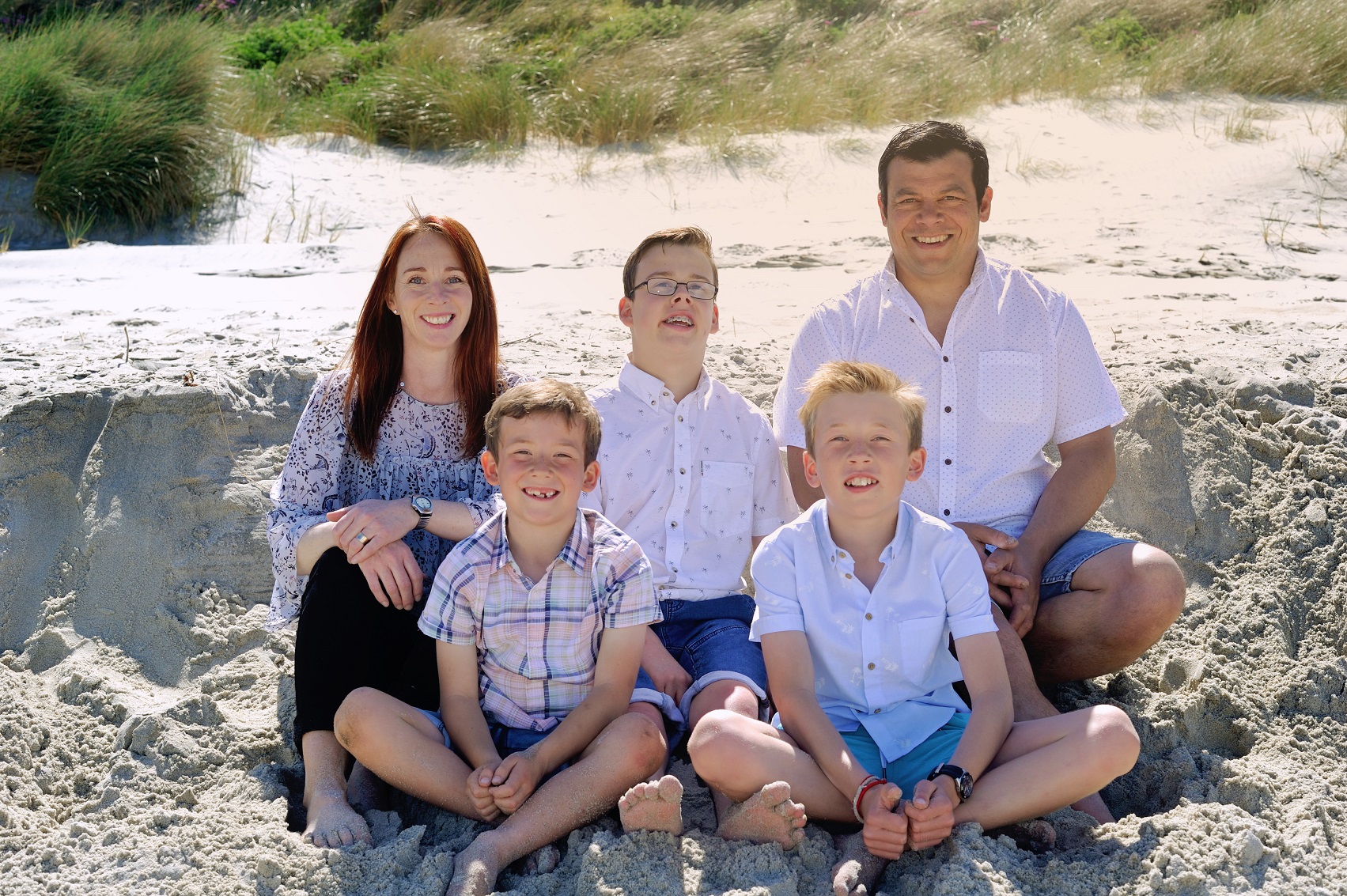 Members of the online support group had suggested Wayne try physio for his rehabilitation.

“It's been good to have the support to get the body back to that stage where I can do things, though I overdid it the other day, to be fair because I was ripping down the beach, and I pulled my Achilles,” Wayne admits with a hearty laugh.

“But then everyone has been great,” he says as his tone returns to a more serious one. “Bowel Cancer New Zealand, the online support group, Pinc & Steel, everyone’s been amazing right throughout what has been some … interesting times.”